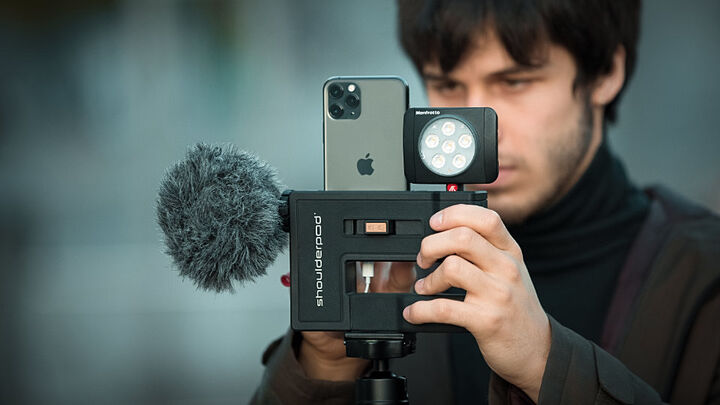 I just saw that Shoulderpod has released a new smartphone grip for filming. They call it G2 (the old model is G1). It doesn't replace the G1 since G2 is made primarily for filming video, while the G1 is an around grip. I haven't tested the Shoulderpod G2, so I can't say anything about it from personal experience or say whether it's worth owning. Hopefully it matches the design and quality of Shoulderpod G1. I own two G1 and lots of other Shoulderpod gear and use them often. Earlier today I used it to photograph paper photographs in an old album. G1 is my favorite smartphone mount so far.

Read all about it on the Shoulderpod website below.